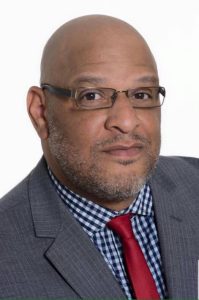 Known across America for his passionate style of speaking, Joseph is a dynamic motivator whose gift is to empower individuals and to help them embrace their future.

Joseph’s passion for speaking is a result of his own personal struggle to overcome stuttering while growing up in Washington DC and San Diego, California. He’s worked tirelessly to overcome his disability due to the embarrassment and teasing he suffered from others.

It was around the age of fifteen when he noticed that his speech began to change. After, he began to develop self-confidence. Joseph was no longer afraid to speak what was on his mind. He soon realized that speaking was something that was becoming as natural to him as breathing. Almost immediately, his life began to take on a new direction. Joseph found himself motivating and inspiring others to become all that they were destined to become.

firm, and the Director of Sales for an Air Filter Company in the Midwest. In which he was awarded the Eli Lilly award for being the top sales person. Joseph was also a trainer in the middle and high schools around the country working as a staff trainer for teachers and students.

Joseph Washington has a style of his own which has moved his audience to laugh at times or even to shed a few tears. One thing is for certain, people are definitely moved to take action after hearing him speak. With his unique and passionate delivery mixed with solid content and practical principles, you are sure to see life as you have never seen it before.

Joseph B. Washington resides in Atlanta, Georgia with his beautiful wife Wendy, and together they enjoy reading, watching movies, music and a good old Sunday drive together.